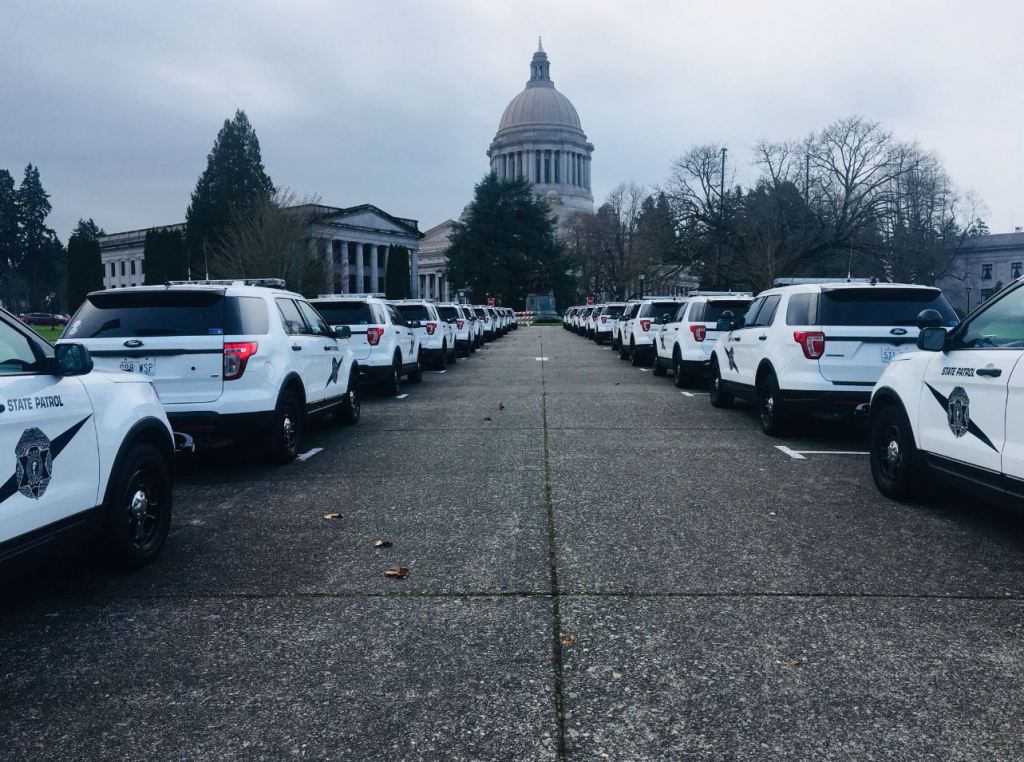 At a ceremony held in the Capitol Rotunda December 13, 31 Washington State Patrol (WSP) troopers were sworn in by Chief Justice Mary E. Fairhurst of the Washington State Supreme Court.  They were presented their commission cards by Governor Jay Inslee and Chief John R. Batiste, who welcomed them into an organization known and trusted by the citizens of Washington State. After completing over 1,000 hours of training, these men and women will join Washington’s premier law enforcement organization.  The Washington State Patrol Academy produces approximately three cadet classes each biennium, which accounts for about 100 to 120 new troopers. Historically, only about four to six percent of the total number of applicants makes the grade to become WSP troopers. “The 31 cadets graduating today endured a rigorous application process, extensive background investigation, and received the best training, unmatched anywhere else in the nation,” said Chief John Batiste. “Today, they will join the ranks of Washington’s finest, as troopers of the Washington State Patrol.” A tradition that began 97 years ago on June 21, 1921, when six brave men kick-started their Indian motorcycles, strapped on an arm band, and started a proud tradition known today as the Washington State Patrol.  The tradition continues to this day with the graduation of the 110th Trooper Basic Training Class at the Capitol Rotunda, signaled by the stream of shiny white patrol vehicles parked in the lanes leading up to the Capitol steps.