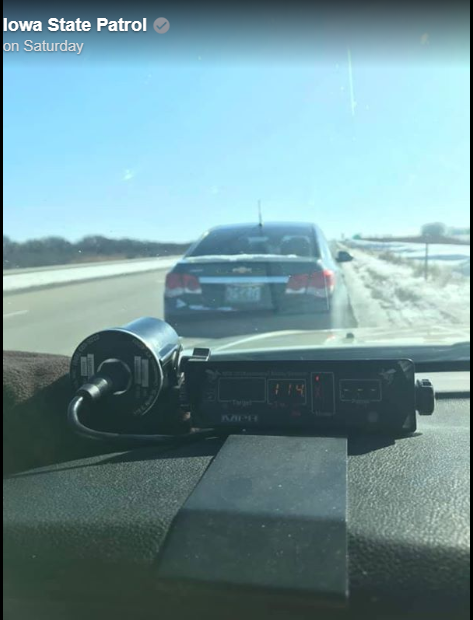 State troopers have probably heard every excuse from speeding drivers, but this claim was unusual. A man pulled over by an Iowa State Patrol trooper claimed he was driving more than 100 mph to “beat the bad weather,” KCCI reported. The trooper pulled the driver over Saturday near Fort Dodge after clocking him at 114 mph, the television station reported. The driver claimed he was trying to outrun a snowstorm that had been forecast for the state later Saturday, KCCI reported. The trooper did not buy that argument. The Iowa State Patrol posted the incident on its Facebook page and warned drivers to “slow down, put the phone down, and buckle up.”