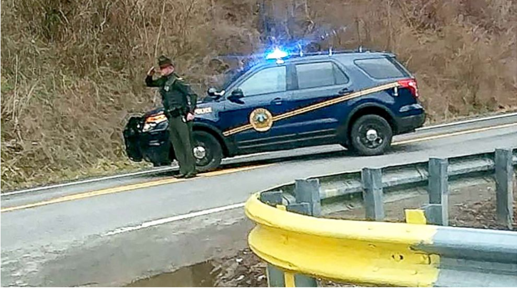 A photo of a West Virginia State trooper saluting a funeral procession is inspiring people all over the country. Tonjia Ray-Tompkins posted the photo on Monday, writing that she moved back to Oceana, West Virginia, for the small-town feels that the trooper was displaying. "Small towns that pull over and sit as your loved one is carried out of town to their resting place," Tompkins wrote. "The people on the streets even stood still as we passed." The funeral procession was led by the state trooper, who at one point blocked all traffic and saluted each car until everyone reached the grave site, Ray-Tompkins wrote. "The people here are just different," Tompkins said. A spokeswoman for the West Virginia State Police identified the man in the photo as trooper Richard Paynter.