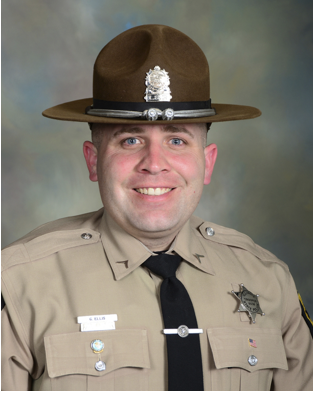 Trooper Gerald Ellis was killed in a vehicle collision while on patrol. He was on patrol traveling westbound on I-94 in Green Oaks when a wrong-way driver traveling eastbound in the westbound lanes struck Trooper Ellis head-on. Trooper Ellis was taken to Advocate Condell Medical Center where he died from his injuries. Trooper Ellis was a U.S. military veteran. He had served with the Illinois State Police for 11 years and was assigned to District 15 in Downers Grove. He is survived by his wife, two daughters, parents, and brother.