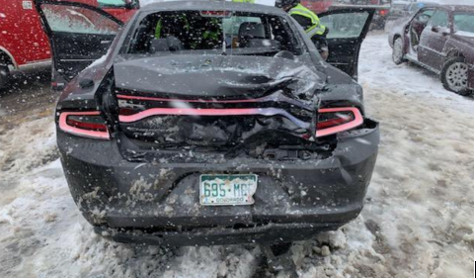 According to a tweet from the Colorado State Police Public Affairs office, a state trooper was injured on Highway 160, mile marker 61, when their vehicle was hit by another car. The accident occurred in near Mancos in Montezuma County, which is currently experiencing a blast of winter weather. The driver of the vehicle involved in the wreck was also injured. Both were transported to Mercy Regional Medical Center in Durango. According to Wunderground, snow showers in Montezuma County near Mancos will continue into the night. As you’re driving on snowy roads around the state, exercise caution for the safety of yourself and those around you. Only drive if your car is winter ready and if essential. The Colorado Department of Transportation has warned people about getting on the roads. During a snowstorm in March, a state trooper was killed during duty in winter conditions.