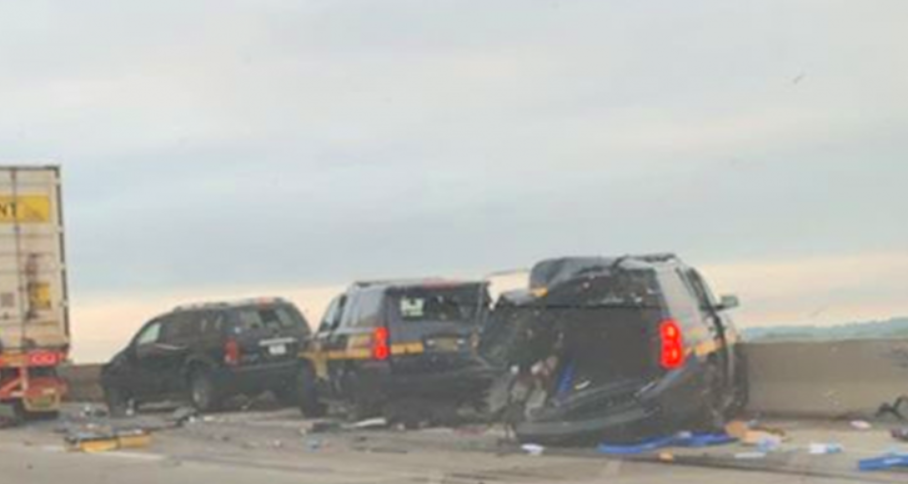 The Delaware State Police were on on scene of a crash that occurred at approximately 4:15 a.m., Wednesday, May 8, 2019, on southbound State Route 1 at the crest of the Roth Bridge. The initial investigation has determined that two Delaware State Troopers, who were operating separate vehicles, were stopped in the southbound right lane on the bridge, assisting a disabled motorist. One Trooper was seated in his vehicle and a second Trooper was outside the vehicles making contact with the motorist, who was also out of his vehicle. A tractor-trailer traveling southbound in the right lane, struck the rear of the first unoccupied DSP vehicle, causing a chain reaction crash. As a result of the crash both Troopers were transported to the Christiana Hospital with non-life threatening injuries. The tractor-trailer driver and other motorist were not injured.