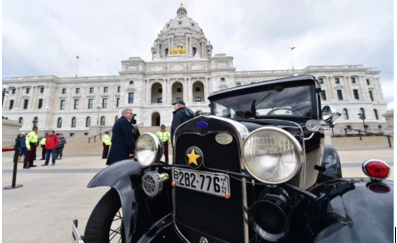 Minnesota State Patrol squads today and yesteryear were on display on the State Capitol grounds on Thursday as the agency celebrated its 90th anniversary.

The vehicles included a: