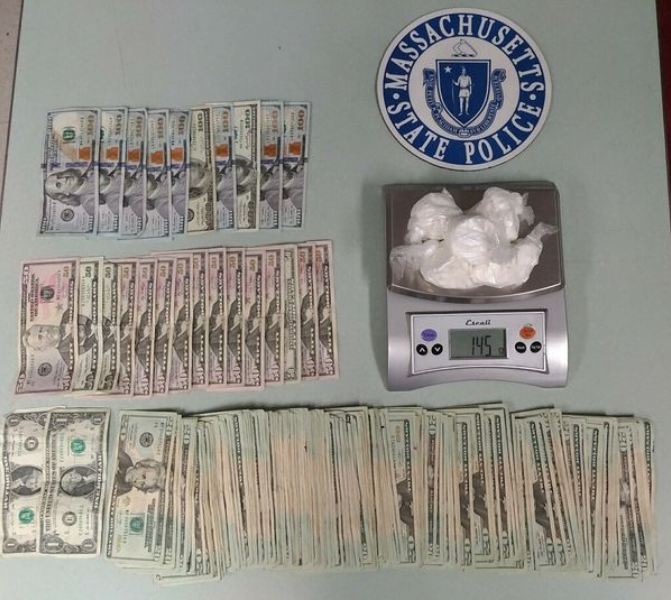 Two men were arrested early Sunday on cocaine trafficking charges following a vehicle stop on Interstate 91 near the Vermont line in Bernardston, state police said. Troopers found 145 grams of cocaine inside the car, or about a little over 5 ounces, and $4,700 in cash, according to state police. The car was originally pulled over at around 12:30 a.m. after Trooper Scott Boutell noticed the 2009 Jeep Cherokee had a faulty bulb on its rear license plate.