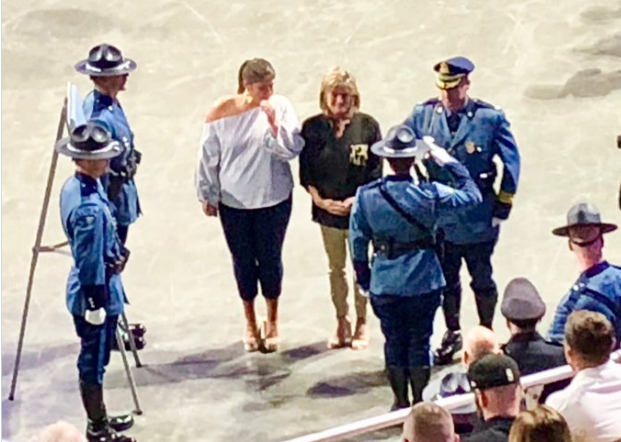 A Massachusetts State Police graduate was pinned with the same badge number her late father wore when he was killed in the line of duty in 2005. Samantha Cila, daughter of Trooper Vincent Cila, was one of 171 trainees who became a trooper during the State Police Academy graduation ceremony on Thursday at the DCU Center in Worcester. Samantha Cila’s mother and sister helped pin the sentimental badge onto her. The new troopers, who will all be assigned to road patrols, will report to their assigned barracks Friday. For the first three months of their career, each new trooper will be paired with a veteran trooper who will serve as a field training officer. Vincent Cila died in a motorcycle crash on the Massachusetts Turnpike at the Interstate 93 interchange on July 22, 2005, according to the Officer Down Memorial Page, a non-profit organization dedicated to honoring America’s fallen law enforcement heroes. He served the Massachusetts State Police for 22 years.