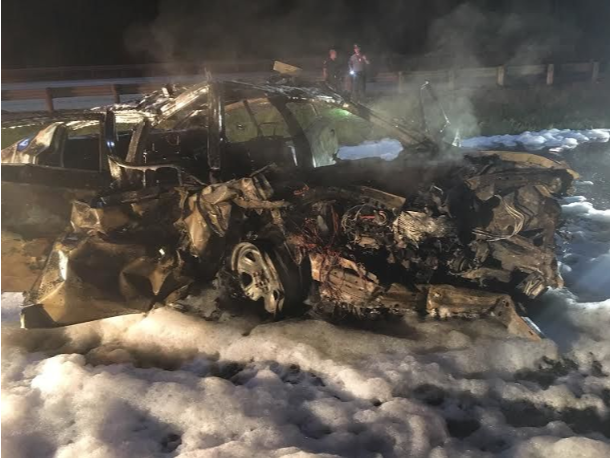 An Ohio Highway State Patrol trooper was in critical condition in a Columbus hospital after an alleged drunk driver from Mansfield ran head-on into his cruiser early Thursday morning. The fiery accident on Interstate 71 in Morrow County, near the Richland County line, closed both sides of the highway while it was cleaned up and investigated. At approximately 2:40 a.m., trooper Jason Phillips was dispatched to look for a potentially impaired-driver near mile post 155. Phillips was then struck head on by a driver heading south in the northbound lanes. Both vehicles caught fire, according to Rob Sellars, spokesman for the Ohio State Highway Patrol in Columbus. Sellars said further investigation proved the car was the vehicle Phillips was sent to investigate. As of 8 a.m., both drivers were in the hospital. Phillips was taken to The Ohio State University Medical Center and the driver of the wrong-way vehicle, Michael Marchak Jr., 36, of Mansfield, was taken to OhioHealth Mansfield Hospital. The patrol said Marchak was also in critical condition. Phillips, 23, of Ashville, Ohio, native graduated from the State Patrol Academy in November 2018 and was assigned to the Mount Gilead Post.