Iowa State trooper saves the life of a cyclist 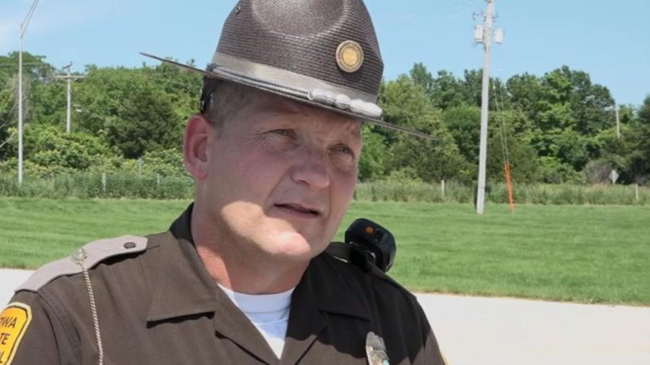 An eastern Iowa state trooper is being hailed as a hero after saving the life of a cyclist on the RAGBRAI route. It happened during Wednesday's ride to Centerville when a cyclist suffered a sudden heart attack. Luckily, Trooper Robert Conrad was nearby doing traffic control and saw what was happening. As he started to make his way toward the rider, he noticed several others trying to perform CPR. That's when Conrad deployed his defibrillator or AED. He shocked the rider once, but it didn't work. CPR continued. After a second shock, the man came to and is now recovering and doing well. Conrad said the AED he has is not issued by Iowa State Patrol, but he hangs on to it, just in case of situations like these. In fact, he ordered the special battery for it about a month ago. Conrad said it's great to be able to save a life rather than tell a family member someone has lost theirs.