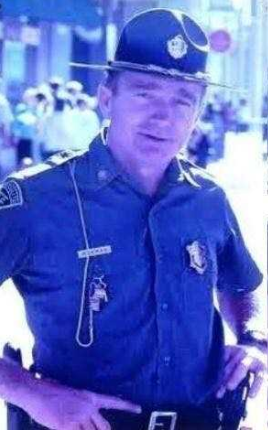 State Police Detective Lieutenant William Coulter was aghast as a younger trooper in the late ’80s and early ’90s, when he worked with Boston police to combat gang violence and saw parents take extreme measures to shield their children from stray bullets.  Some parents even had their children sleep in empty bathtubs, and Coulter resolved at the time to do whatever he could to fight what had become an epidemic of gang violence in the city. “Being the good-hearted, good-natured person that he was, that bothered him,” said Robert Merner, a former Boston police superintendent who now leads the force in Portsmouth, N.H.  “He’d say, ‘Nobody’s children should have to live like this’.  He was one of those soldiers that put his mind to getting it to change.”  Merner spoke to the Globe on Tuesday, a day after State Police announced that the 68-year-old Coulter, an avid marathon runner who also did extensive work for the Cops for Kids With Cancer charity, had died after a brief illness.  “He was just a consummate professional, with a tremendous sense of humor,” Merner said.  “He’s going to be missed and the two words you would describe him with are ‘loyal’ and a ‘friend.’  If Billy was your friend, you didn’t need many others.”  Coulter, the State Police statement said, joined the force in 1974 and “served in a variety of postings, including many years spent as an investigator and combating gang violence.  At the time of his passing he was assigned to the Division of Investigative Services at General Headquarters.”  Merner’s words were echoed by retired State Police Trooper Steve Byron, board president of the State Police Museum & Learning Center in Grafton, a private nonprofit dedicated to preserving the history of the agency. Coulter, Byron said, also served on the board and helped the museum acquire a number of antique cruisers, of which Coulter had a detailed knowledge.  “He was just a source of expertise that we hadn’t had” before, Byron said.  “He was a very active volunteer for years, going back to 2010 or 2008.  He gave us all kinds of time and expertise.”  And on the job, Byron said, Coulter was “totally dedicated.”  “From the time he woke up in the morning until the time he went to bed at night, he thought about how to do his job better and make the State Police better,” Byron said, adding that Coulter, because of his supervisory position, also enthusiastically took to mentoring younger troopers.  State Police spoke highly of Coulter.  “His passing leaves a tremendous void within the MSP family and beyond,” the agency said in a statement.  “Detective Lieutenant Coulter was widely known in the law enforcement and charitable worlds, and, over the span of a State Police career that would have reached 45 years this November, earned the unwavering respect and admiration of countless people from all walks of life.”  He previously survived cancer and “more than once defied and overcame a dire prognosis,” the State Police statement said.  “Having done so, he was fiercely devoted to using his own experience to help and support a great many fellow patients, both inside and outside the Department.  Byron on Tuesday marveled that his friend was able to continue his work and volunteer efforts for so long despite his health challenges.  “God’s been holding a spot for him in heaven for 25 years,” Byron said.  “Until now, he beat the odds every time.”  And he did it with remarkable grace.  Time and again, State Police said, Coulter “shared his hope, strength, and advice with countless people battling cancer whom he had met or heard about — many of whom he sought out after learning of their diagnosis.  As well, he was one of the leading forces behind the Cops for Kids With Cancer charity, which provides financial support to families of children receiving cancer care.  His energy and dedication to this part of his life’s journey knew no limits.”  Retired State Police Lieutenant Tom Grenham, a Cops for Kids board member, said Coulter was instrumental in helping to raise funds the group disburses to families of children with cancer.  Grenham noted that his own teenage daughter is a leukemia survivor and said, “Billy’s been with me every step of the way.”