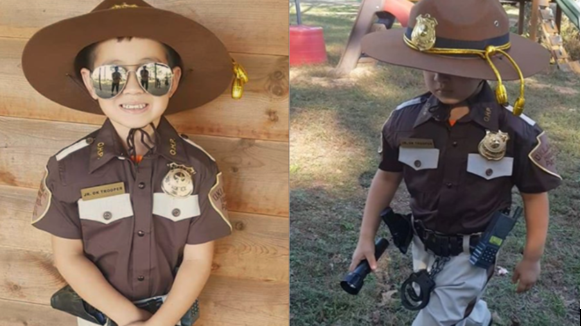 4-year-old in McCurtain County has unofficially won the Oklahoma Highway Patrol costume contest with his homemade trooper uniform!  We might be a little biased - but isn't this the coolest Halloween costume ever!?  This is 4 year old Camden Stafford from Wright City in McCurtain County.  His dad, Jeffery, is in the process of applying for our next academy so Camden decided he wanted to be a trooper for Halloween!  Melissa Reich, wife of Trooper Jay Reich helped sew the costume.