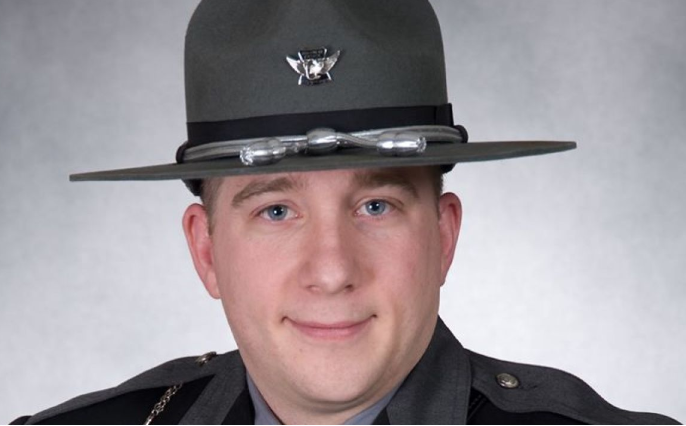 A trooper from the Ohio State Highway Patrol was hospitalized early Thursday morning after he was struck by vehicle while investigating a crash on U.S. 42 in Madison County, located outside of Columbus, according to a post from the OSHP.  At approximately around 6:10 a.m., Trooper Jason R. Hofmann was struck while investigating a two-vehicle minor injury crash on U.S. 42 near Interstate 70.  Hofmann was outside his patrol car wearing a reflective vest while taking measurements on the right side of the berm when a tan Chevrolet Astro van traveling south on U.S. 42 drifted off the right side of the road and struck Hofmann.  Hofmann sustained serious injuries and was transported via med flight to The Ohio State University Wexner Medical Center.  The driver of the van, identified as a 64-year-old woman from Plain City, was not injured.  The state law requires drivers to move over to an adjacent lane when approaching any vehicle with flashing or rotating lights parked on the roadside.  It says drivers should slow down if moving over isn’t possible due to traffic, weather conditions or the lack of a second lane.