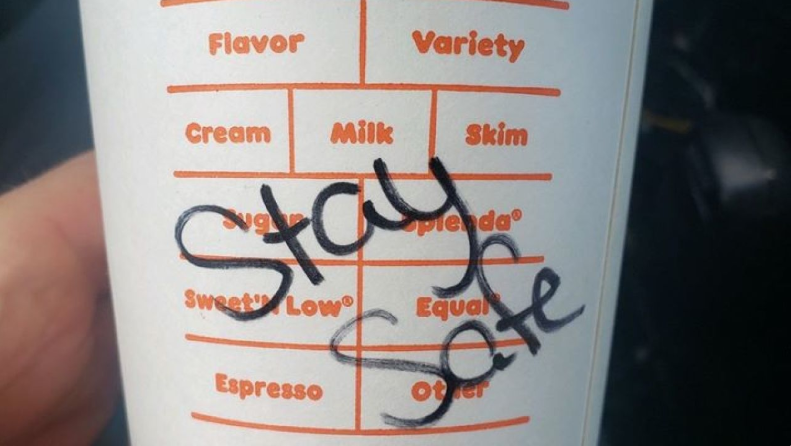 The simplest gesture can leave the biggest impression.  And that's exactly what happened Thursday in the Albany area, when a worker wrote "Stay Safe" on a coffee order for a New York State Police trooper.  A picture of the cup was later posted to the New York State Police Facebook page, with the caption "On a difficult day for the New York State Police, these two words penned on a cup of coffee, are so greatly appreciated.  To the author, we got your message, thank you."  The act of kindness came on the same day law enforcers from across the state gathered in Massachusetts for a funeral mass for retired trooper Ryan Fortini.  He died on New Year's Day from cancer related to his recovery work at Ground Zero following the September 11th attacks. Fortini was 42 years-old.