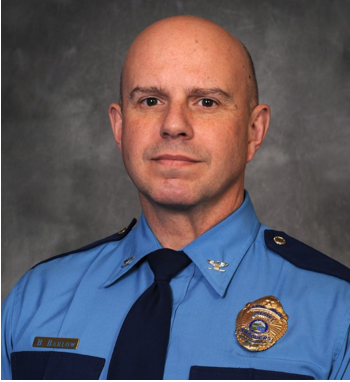 The Alaska State Troopers passed the division's leadership torch to newly promoted Colonel Bryan Barlow, Thursday, January 16.  Like preceding Director Colonel Barry Wilson – who hung up his Stetson yesterday after 30 years of service – Colonel Barlow is a longtime Alaska State Trooper and lifelong Alaskan who knows his way around the state.  "I am thankful for all of those who have come before us and worked tirelessly to bring us to where we are," Colonel Barlow said, thanking now retired Colonel Wilson for his dedicated service and urging the division to "continue forward with optimism, resolve, commitment, and thankfulness."  Colonel Barlow began his career with the Alaska State Troopers in 1999 and has patrolled in Fairbanks, Ninilchik, Ketchikan, and Girdwood, as well as Interior villages.  Over the years, he has supervised the Criminal Intelligence Unit, DPS Recruitment, Office of Professional Standards, and the DPS Aircraft Section.  He's also held the duties of Department Pilot, Special Emergency Reaction Team member, Firearms Instructor, Crisis Negotiator, and Ethics Instructor.  In October 2017, Colonel Barlow joined the Troopers' Director’s Office as a Major.