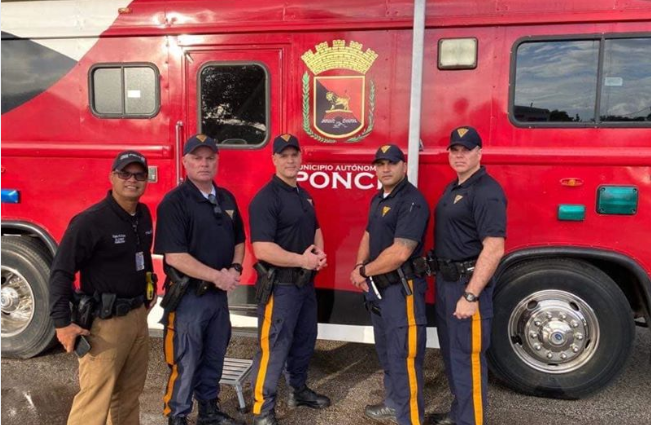 Dozens of New Jersey State Police troopers are headed to Puerto Rico this weekend to help as residents of the commonwealth work to recover from a devastating series of earthquakes over the past several weeks.  Fifty troopers will arrive from New Jersey on Sunday for a 15-day stay in which they’ll provide protection at seven base camps providing temporarily housing for between 2,000 and 5,000 residents in the Ponce region of Puerto Rico, Gov. Phil Murphy said Tuesday morning.  Members of the State Police will also work traffic control in from 6 a.m. to 6 p.m. each day.  Troopers are going to Puerto Rico as part of Emergency Management Assistant Compact (EMAC), a mutual aid agreement allowing states and territories to share resources following natural and man-made disasters.  Ponce is one of several cities in the island’s southern region hit by the recent 6.4 magnitude earthquake that killed one person and caused more than an estimated $200 million in damage.  More than 7,000 people remain in shelters since the quake in a country still recovering from Hurricane Maria, a Category 5 storm that has killed more than 3,000 people since it struck in September 2017.  A seven-member State Police advance team flew to San Juan on Wednesday to collect supplies at FEMA headquarters in Caguas before continuing to Ponce where they will coordinate with local officials. “Before we departed from the last of our deployments to Puerto Rico in the aftermath of Hurricane Maria, we made a promise to local officials and residents that should they ever need us again, we would be there,” Colonel Patrick Callahan of the State Police said in in a statement. "Today we are making good on that promise.  We are deploying a highly skilled contingent of troopers that will be able to immediately integrate into the recovery efforts already in place.”