Alabama Law Enforcement Agency reminder for drivers to Move Over 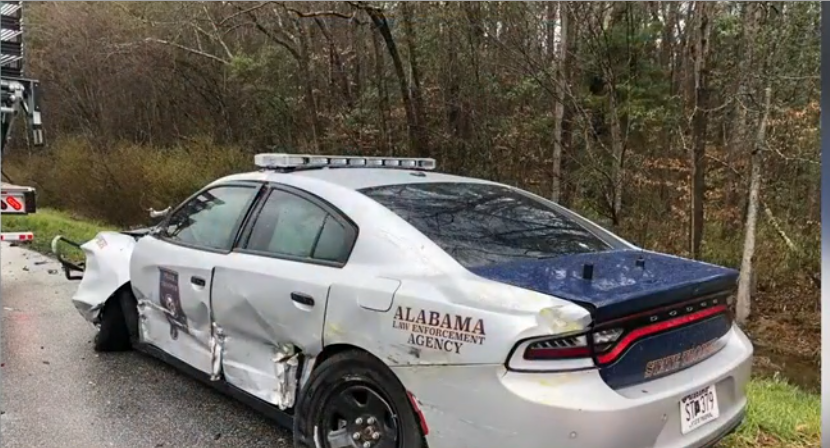 A state trooper is lucky to be unharmed after a truck slammed into his vehicle while answering a call in the Opelika area.  The Move Over Law has been in effect for a couple of years and fines were even increased last August.  The law requires motorist to move one lane away from wrecker service, law enforcement or emergency services with lights flashing on the side of the road.  But it seems some are still not adhering to the law.  ALEA posted the picture on their twitter page showing the state trooper vehicle damaged from a big box truck.  “He is very fortunate he wasn’t near the vehicle when it was hit," said Alabama State Trooper Chuck Daniel.  Mary Smith is a school bus driver.  Smith says she has seen people not obeying the law.  “They flying by.  They don’t even recognize if you are on the side of the road to handle a wreck or something.  It’s just terrible.  People drive just terrible,” she said.  Last year fines increased to $100 on the first offense, $150 on the second and $200 on the third. Trooper Daniel says distracted drivers are still a problem and this only adds to putting others are risk.  When you see any sort of flashing lights pull over and slow down.  If it’s just a two lane road slow down to 15 miles below the speed the limit.