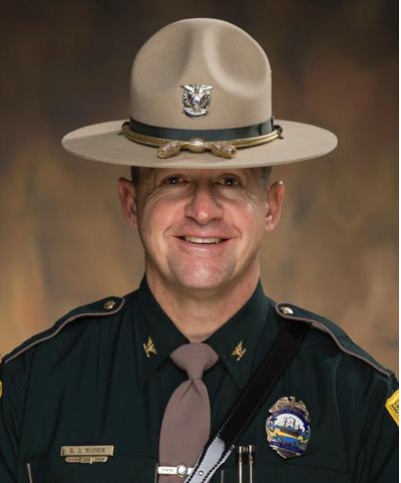 The colonel of the New Hampshire State Police plans to retire early next month to spend more time with his family.  Col. Christopher Wagner has served as colonel of the state police for a little more than three years, with nearly 25 years in law enforcement.  His retirement is effective March 2.  “I have loved every minute being a New Hampshire Trooper and am honored to have had the opportunity to serve,” Wagner wrote in a letter to Gov. Chris Sununu announcing his retirement.  “It is, however, after careful consideration towards committing additional years of service and in consultation with my family we have decided that it is time for me to retire from law enforcement and the tremendous family sacrifice that comes along.”  Wagner went on to say the decision was a difficult one to make.  “Nearly 25 years ago I took an oath to protect and serve the citizens of New Hampshire and in doing so I have conducted myself with the highest moral and ethical standards ensuring my personal and professional integrity,” said Wagner in his letter.  “The decision was difficult, however I am looking forward to spending more quality time with my wife and children and together exploring future opportunities.”  Wagner, a Litchfield resident, was nominated to the position of colonel by former governor and current U.S. Sen. Maggie Hassan.  Prior to being sworn in as colonel in October 2016, Wagner served as the Support Services Bureau Commander for the New Hampshire State Police, and was responsible for overseeing and coordinating the support structure and logistical needs of various units across the state.  Prior to that he served as Field Area Commander, as well as the Troop Commander and Assistant Troop Commander for Troop B, and began his career in law enforcement with the Rockingham County Sheriff’s Office at the Manchester-Boston Regional Airport upon graduating from the New Hampshire Police Standards and Training Council Police Academy in 1995.  Col. Wagner received an undergraduate degree in criminal justice from the University of Massachusetts Lowell.  He is also a graduate of the FBI National Academy.  “We are grateful to Colonel Wagner for his 25 years of service to law enforcement and wish him well in his retirement,” said Gov. Chris Sununu in a statement.  In a statement, the Department of Safety said it appreciated Wagner’s years of service and will begin the process of identifying qualified candidates to serve as the next director and colonel of New Hampshire state police.