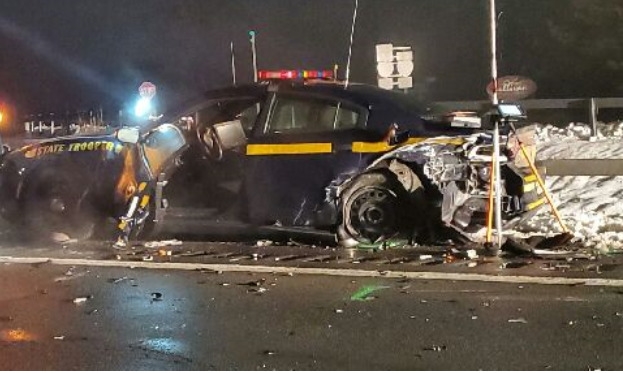 New York State Police are reminding the public to move over for emergency vehicles following another State Trooper involved crash.  On the New York State Police Facebook page, they mentioned that on Monday another state trooper from the Liberty barracks had been hit while conducting a traffic law violation on Route 17 in the town of Rockland located in Sullivan County.  The trooper was struck from behind as he was preparing to exit from the incident.  The New York State Police say that fortunately, the trooper sustained non-life threatening injuries.  The move over law requires drivers to switch lanes, or slow down if they are unable to merge, to give clearance to first responders and utility workers.  This follows another trooper involved crash in the town of Salina on January 22.