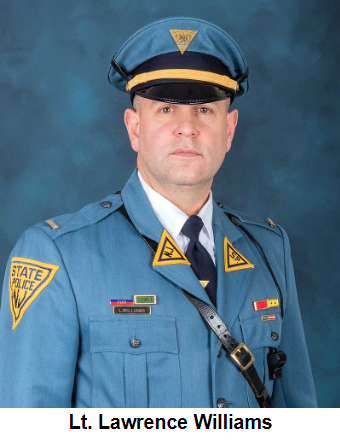 New Jersey's state police colonel and the state attorney general recognized a trooper Friday for his effective work battling the opioid crisis. Lt. Lawrence Williams was awarded the 2019 Trooper of the Year Award at State Police Headquarters in Mercer County.  He created the Opioid Enforcement Task Force.  In a one-year period, the task force successfully conducted 27 criminal investigations, resulting in 53 arrests.  Task force investigations led to the dismantling of six and disruption of four more narcotics-processing mills, and seized nearly $3 million worth of heroin, fentanyl and cocaine, according to authorities.  Lt. Williams has served as a New Jersey state trooper for 24 years.