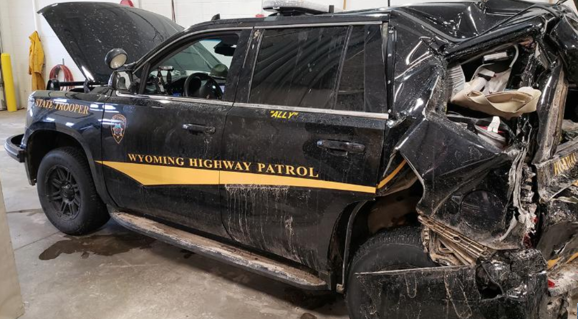 A Wyoming Highway Patrol trooper was injured in a crash with a commercial truck on US 212 west of Colony last Monday.  The trooper was stopped on the shoulder of the road, working on a previous crash.  An oncoming truck jackknifed and the trailer slammed into the back of the patrol cruiser.  The trooper, who was in the driver’s seat, was knocked unconscious. A passing motorist stopped and called for assistance using the trooper’s radio.  According to a release from the WHP, the trooper was taken to Monument Health in Spearfish. We do not have details on the trooper’s injuries but the K-9 partner who was also in the cruiser was not injured. The truck driver was not injured.