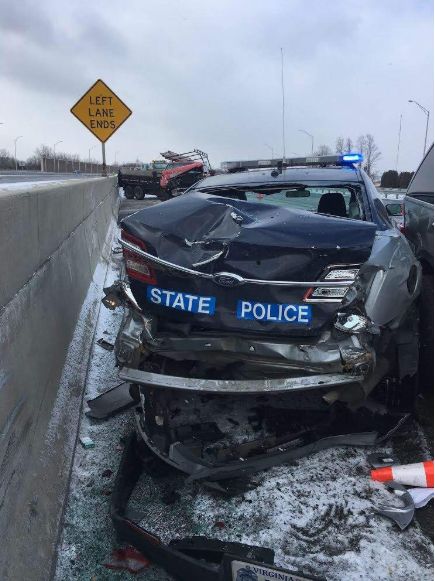 A Virginia State Trooper, a tow truck driver and occupants of the truck were all injured after a car crashed into a working accident in Christiansburg.  According to Virginia State Police, the trooper was working with the tow truck driver on a previous accident.  A car failed to move over and struck both vehicles.  The trooper has since been released from the hospital.  The tow truck driver has non-life threatening injuries but will remain in the hospital.  The driver and three juveniles in the SUV that struck the cars were both transported for injuries.  Virginia State Police want drivers to be aware of the move over law.  The law requires drivers to move over when you see an emergency vehicle of any kind and if you can’t, slow down.