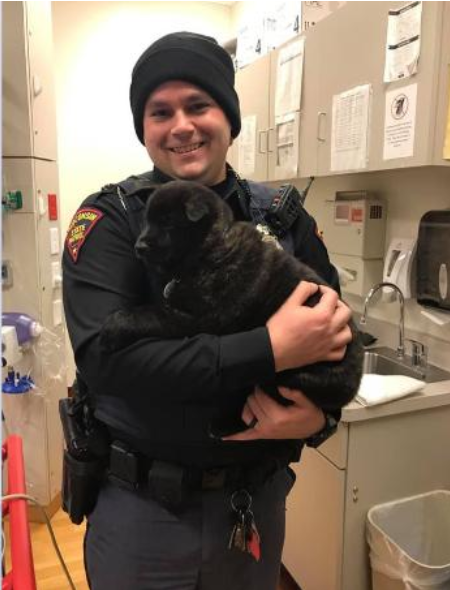 A dog ejected from a vehicle during a crash in central Wisconsin has been reunited with its owners. The Wisconsin State Patrol posted the story and photos on Facebook.  The crash happened Feb. 29 on I-90/94 west near Portage. The State Patrol says a reckless driver hit a pickup truck, lost control and then hit another vehicle. The third vehicle went into a ditch and rolled three times before coming to rest on a tree. Two occupants were taken to a hospital with non-life threatening injuries. A small puppy was ejected from the vehicle. A Wisconsin State trooper, Columbia County deputies and the Portage Fire Department searched the area and found the puppy. It was not hurt. A trooper reunited the puppy with its owners at the hospital.