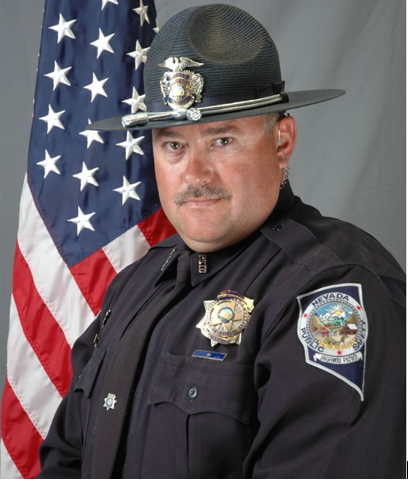 Sergeant Ben Jenkins was shot and killed when he stopped to assist a disabled motorist on US-93 near mile marker 106 in White Pine County shortly before 6:00 am on Friday.  During the encounter with the subject, the man fatally shot Sergeant Jenkins.  The man then stole Sergeant Jenkins' uniform and patrol car and fled the area.  He was apprehended several hours later following a massive manhunt involving numerous agencies. Sergeant Jenkins was a veteran of both the Army National Guard and Air National Guard.  He had served with the Nevada Highway Patrol for 12 years.  He had previously served with the Nevada State Fire Marshal Division and with the Nevada Division of Forestry.  He is survived by his wife, four children, five grandchildren, and mother.