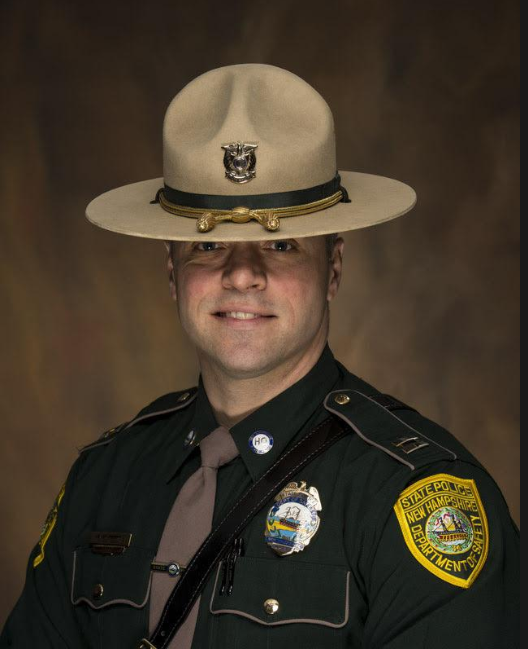 Members of the Executive Council voted unanimously last week to confirm State Police Capt. Nathan A. Noyes of New Boston as colonel of the New Hampshire State Police.  Noyes succeeds former Col. Chris Wagner, who retired March 2 after a little more than three years in the position and nearly 25 years in law enforcement.  Wednesday’s Executive Council meeting was conducted remotely because of COVID-19 concerns.  Noyes was nominated for the position last month by Gov. Chris Sununu.  Noyes was sworn in as colonel by Sununu on Wednesday afternoon.  “Congratulations to Capt. Nathan Noyes of New Boston on his unanimous confirmation to serve as the next colonel of the NH State Police at today’s Executive Council Meeting,” Sununu tweeted on Wednesday.  “I look forward to working with him to ensure that NH remains one of the safest states in the nation.”  Before being sworn in as colonel, Noyes served as commander of the Field Operations Bureau for Field Area III.  He has served as a New Hampshire state trooper since 2001 and previously held the ranks of troop commander, assistant troop commander, patrol supervisor, and trooper.  His father, New Hampshire Police Sgt. James Noyes, was killed in the line of duty in Gilford in 1994 when Noyes was 16.  Noyes has received several honors, including the Congressional Law Enforcement Award.  “Colonel Noyes will carry on with the great traditions of NHSP and will serve our state very well,” tweeted Manchester Police Chief Carlo Capano.  “MPD is excited to work with him and we look forward to continuing on with our great working relationship.”  “It is with the utmost sense of honor, pride and integrity that I will serve our state, our communities, and my beloved fellow state troopers,” Noyes said in a statement.