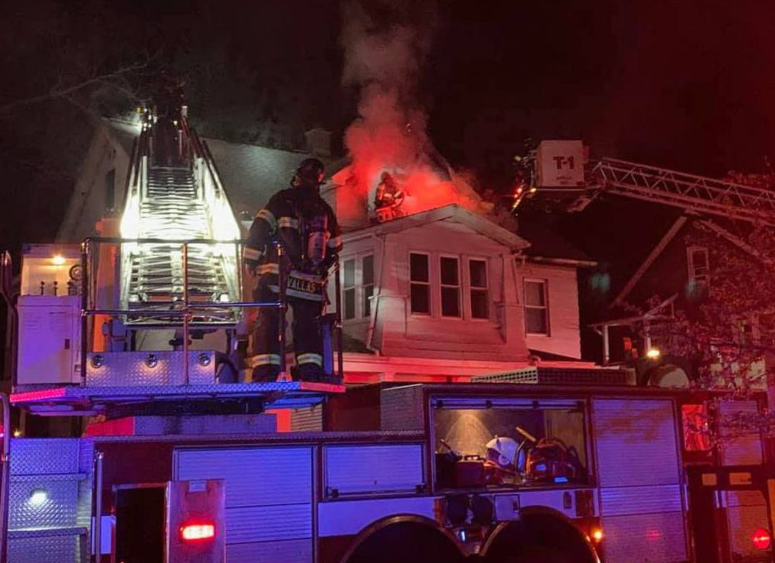 A Massachusetts State Police trooper ran into a burning building and helped seven residents, including an elderly woman, escape the home on April 11.  Sgt. Liam Jones, who is on special assignment to assist the Springfield Police Department while at least 14 officers are unable to work after being infected with COVID-19, was driving out of the parking lot at the Massachusetts State Police barracks on Liberty Street when he heard the fire call at 20 Parkside St. – an address just 15 seconds away, State Police said.  When Jones arrived at about 11:20 p.m., there was thick, black smoke billowing from the top floor and flames burning through a dormer, police said.  He ran into the two-family home and alerted the elderly woman and two adult men in the first-floor apartment.  While they were heading outside, Jones ran up the stairs as several people were running down to escape the fire, police said.  “Sgt. Jones then proceeded to the second floor and checked all rooms in the apartment to make sure no one was left on the floor,” police said.  He attempted to climb to the third-floor attic but turned back because of the thick smoke and fire.  All seven residents escaped but two second-floor residents suffered smoke inhalation and were brought to the hospital for treatment.  Seconds after the building was evacuated the Springfield Fire Department and Police Department arrived, state police said.