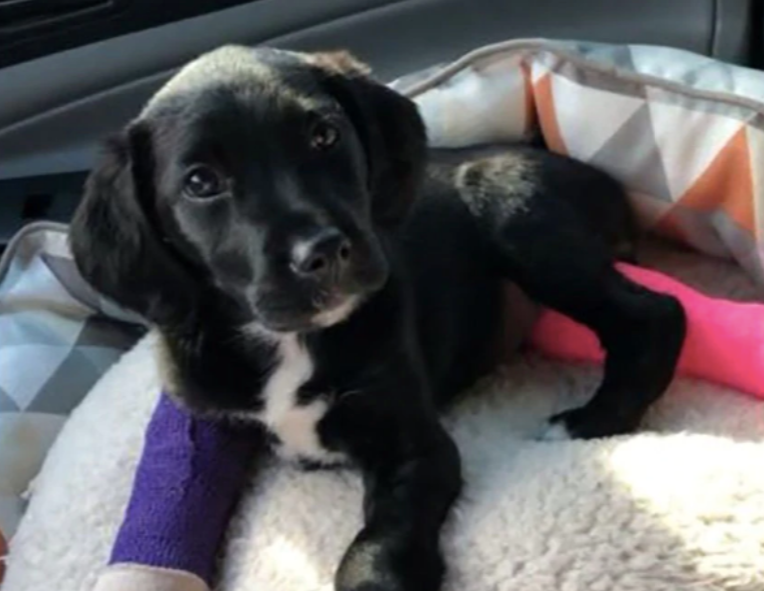 A puppy named Emory now has a new home after being found in the debris from a wreck in North Carolina, WLOS reports.  North Carolina troopers Jonathan Maybin and Tony Osteen responded on March 27 around 11 p.m. when a car crashed into a camper shell that blew off a truck. A small dog kennel reportedly blew off the truck with a puppy still inside.  The troopers found the puppy motionless at the scene of the crash.  She was still breathing, and she whimpered when they touched her, so the two troopers wrapped her in a towel.  She was then taken to Western Carolina Regional Animal Hospital by Osteen.  The pup had bruised lungs, a broken tail, a broken front leg and a fracture on her rear tibia. Maybin decided to claim Emory when no one else would, and the adoption process started there.  She is expected to fully recover and resting comfortably at Maybin’s home.