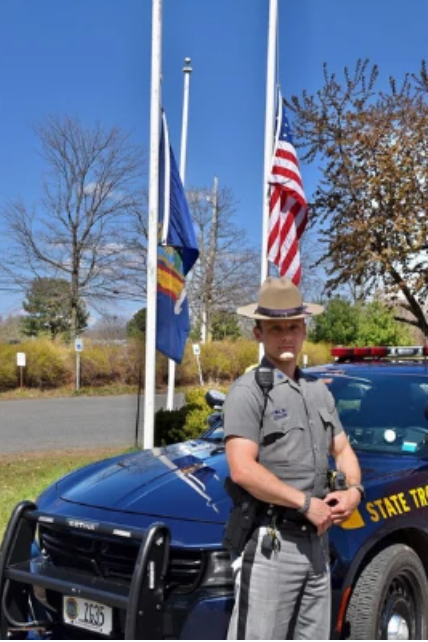 New York State Police congratulated Trooper Mark Borden of Troop G for helping a woman who had just given birth. NYSP posted on their Facebook page that Trooper Borden had recently responded to a home in Halfmoon for a woman who was in labor. When Trooper Borden arrived, he reportedly found the mother struggling to hold the newborn baby girl, just after giving birth. NYSP say Trooper Borden immediately jumped in to help and found the baby in distress and not breathing. He reportedly helped the baby clear fluid that had built up in her airway, and after a short time, she was crying. NYSP say the baby girl and her mother are doing just fine.