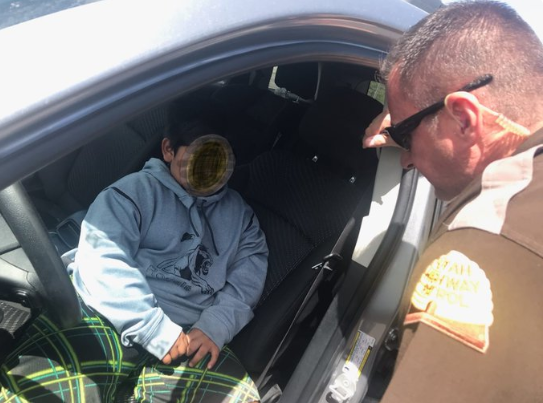 A Utah Highway Patrol trooper was trying to catch a speeder on I-15 in Ogden when he noticed a car swerving.  He thought it might be an impaired driver and decided to let the speeder go and stop the other car.  When he did, he found a five-year-old driver behind the wheel. According to the UHP, the five-year-old boy had gotten into an argument with his mother because she would not buy him a Lamborghini.  That’s when troopers say the five-year-old left.  With $3 in his wallet, he got behind the wheel and started driving.  Towards California.  To buy the car himself.   The boy drove about three miles.  His trip began at 17th Street and Lincoln Avenue.  He then went southbound on I-15 before he was pulled over near the 25th Street offramp around 1:00 on Monday afternoon.   The story went viral once the Utah Highway Patrol posted the story and a photo to their Twitter page, with many people saying the boy looked big for his age.  UHP Sgt. Nick Street confirmed the boy is indeed five years old but the angle at which the photo was taken may have made him look bigger than he is.