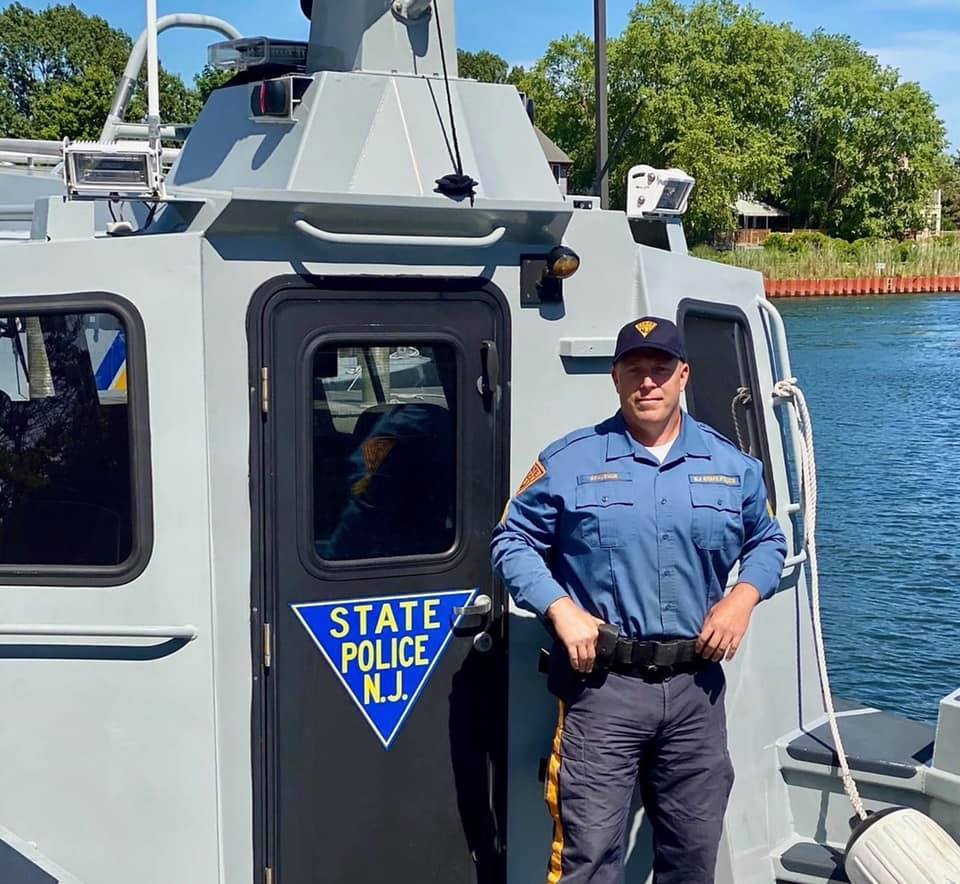 On Sunday, June 14, at approximately 5:08 p.m., troopers from the Marine Services Bureau Point Pleasant Station were dispatched to the report of a 26-foot boat sinking in the Point Pleasant Canal in Point Pleasant Boro, Ocean County.

Based on the preliminary investigation, the boat began to take on water while traveling in the canal. A good samaritan who was nearby helped transfer five occupants from the boat to land, while the operator and two other occupants stayed on board in an attempt to get the boat to a nearby dock. Due to the rough conditions, they were unable to prevent the boat from taking on more water.

Within minutes of the initial call, Sergeant Michael Krauchuk responded to the scene and secured the sinking boat to his State Police vessel. While attempting to pull the boat to the nearby dock, Sgt. Krauchuk realized that they would not make it, because the boat was taking on water too rapidly. As a result, Sgt. Krauchuck helped pull the three occupants onto his vessel and cut the lines before the boat sank.

All of the occupants were transported back to Point Pleasant Station for a medical evaluation by EMS. There were no reported injuries.

Sgt. Krauchuk’s quick and decisive actions may have helped prevent a tragedy.