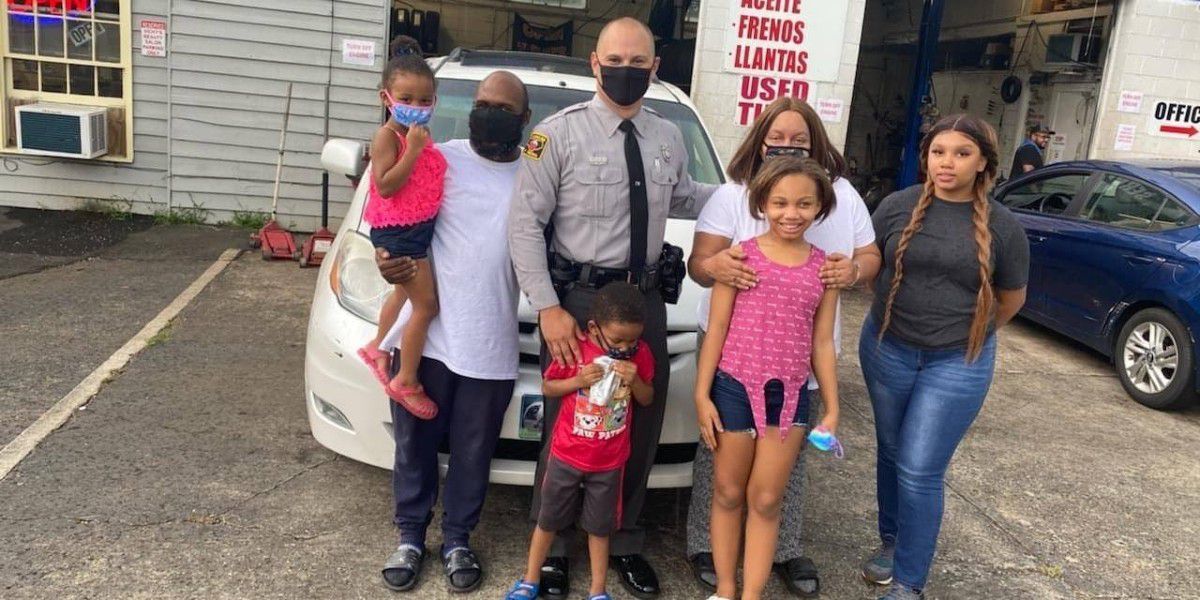 A North Carolina state trooper is being called an “angel” after rescuing a woman and her family when they were stranded in the middle of a highway after they blew a tire.

Monica Hines, along with her boyfriend and children, were heading to Duke Neurology when the back tire gave out, according to WRAL.com. The woman called AAA but was told she and her family would have to “get out and wait on the side of the road,” she wrote on Facebook.

"There was nothing close to us that we could walk to," she continued.

When North Carolna State Trooper Colby Pridgen saw the family, he wanted to help in more way than one. Pridgen used his own money to purchase four new tires for the vehicle, plus a tank full of gas.

Pridgen, who also paid for lunch at a nearby McDonald’s, said he believes in paying kindness forward: “Someone helped me out earlier that day, and I just felt like it was meant to be when I ran into this family,” he told the outlet. “I couldn't let them ride all the way back to Jacksonville with their kids on tires like that.”