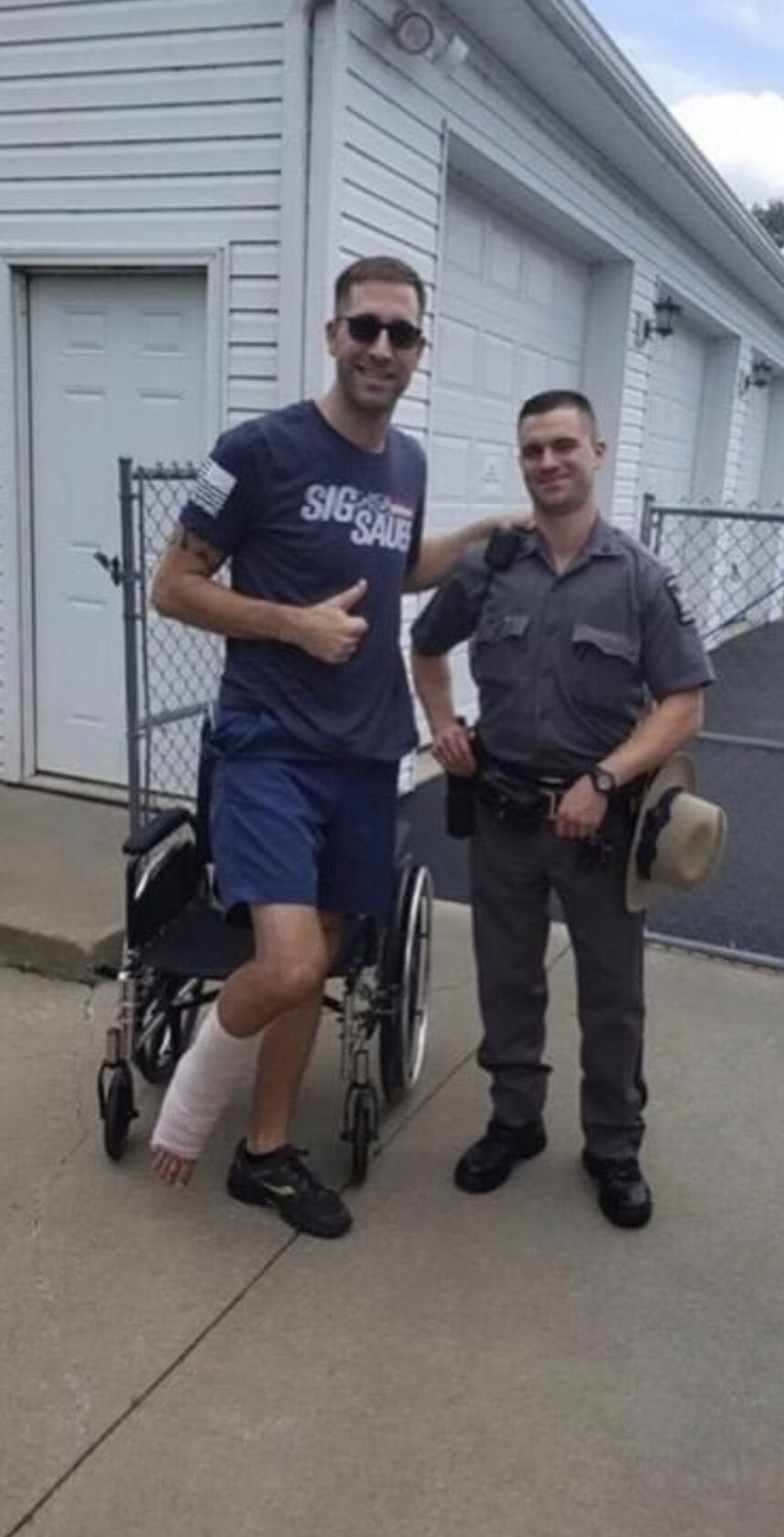 Sometimes, you just happen to be in the right place at the right time.

Back on June 23, New York State Trooper Joshua Neal was driving along I-88 in Fenton when he noticed a motorcycle next to him. After losing sight of it around a curve, Tpr. Neal saw a cloud of dust, and the bike crashed on the shoulder.

Neal immediately knew something was wrong and pulled his car over. 15-20 yards away he saw Joe Casiuk badly wounded and losing blood fast. By quickly applying a tourniquet and calling for help, but largely because of how close behind he was, Neal is believed to have save Casiuk's life.

"If he wan't there, at the time that he was with how quickly he responded, I would have been dead," Casiuk told 12 News Tuesday.

Trooper Neal said he was simply doing his job, but the experience as reaffirmed his livelong passion to be a police officer. Casiuk said after recovering for four weeks in the hospital, he has a renewed sense of life and an understanding of what's important to him.

Despite losing roughly a third of all of the blood in his body, Casiuk only fractured his clavicle in addition to his leg injury.