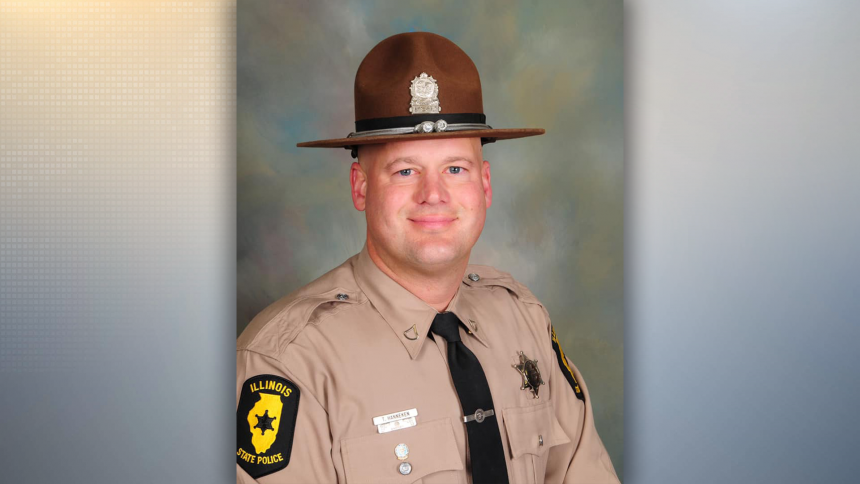 An Illinois State Police Trooper is dead after a single-car crash Thursday morning.

Around 10:42 a.m., ISP says Trooper Todd Hanneken was on duty and crashed his squad car into a pole and then hit a tree.

Trooper Hanneken was airlifted to a hospital where he later died around 11:45 a.m..

“It is with profound heartache and unfathomable sadness that I inform you of the death of Trooper Todd Hanneken. We are asking the public to respectfully give consideration to the family of Trooper Hanneken and the ISP while we grieve and work through this tragedy,” stated Director Brendan Kelly.

It is unclear what caused Trooper Hanneken's squad car to crash, police are still investigating.

Trooper Hanneken was a 20-year veteran of the ISP. The 45-year-old is survived by his wife, Shelley, two sons a mother and a father who is a retired ISP Trooper.