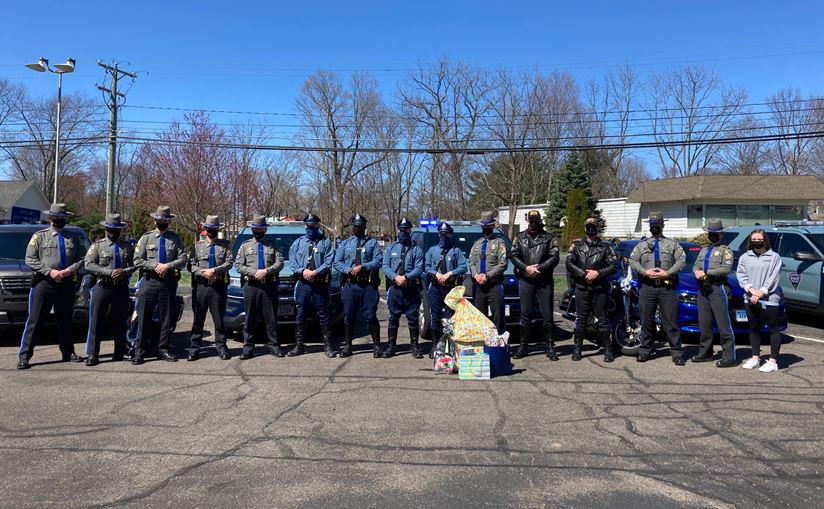 Connecticut state troopers helped with a special delivery of gifts collected by New Hampshire state police for a local girl who recently lost both her parents.

The young girl, identified as Eyvie, recently lost both of her parents in two separate tragic events and is now living with her grandma, said Paul D. Raymond Jr., a spokesperson for the New Hampshire Department of Safety.

The New Hampshire State Police coordinated with the state police in Massachusetts and Connecticut to deliver the gifts to the front doorsteps of Eyvie, Raymond said.

“It was amazing to see Eyvie’s smile and excitement and to help bring her some joy in such a tough time in her life,” said Trooper First Class Pedro A. Muñiz, Connecticut State Police Media Relations Unit.

The gifts were delivered by the Connecticut State Police who brought police six cruisers, two motorcycles and one of the K9 units, Raymond said.

A video of the Connecticut State Police taking the gifts to Eyvie can be seen on their Facebook Page.