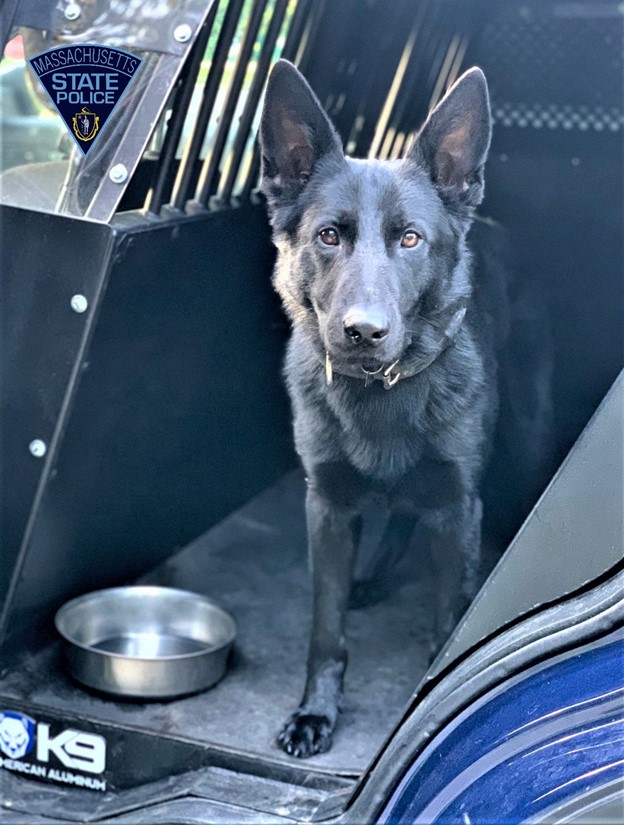 Through the efforts of a Massachusetts State Police trooper and his K-9 partner, a missing Millbury girl was located near a bridge on Interstate 90 in the Worcester County town, authorities said.

Early Wednesday, Trooper John Doherty received a call from the state police Millbury barracks that the town’s police department was seeking help from a K-9 in its search for the missing girl, according to law enforcement.

Doherty responded to the house where the girl was last seen and checked around the area before deploying his K-9 partner, “Roxy,” using an object that had the child’s scent on it, state police said in a Facebook post.

Roxy went down a street before pulling right onto an intersecting roadway and then moving toward the wood line. The pair checked several yards along the way and continued down the street, eventually tracking to an overpass of the Massachusetts Turnpike, according to the social media post.

The state police K-9 went to the left side of the road toward the fence line, where the dog alerted the trooper that they were near the girl. Roxy appeared to want to get through the fence down to the roadway below, authorities said.

The trooper and the K-9 found a path around the end of the fence to the area below, where the dog pulled under the overpass. Roxy went up the incline to the area near the bridge deck, where the pair found the missing girl, according to officials.

“The juvenile was not injured and was brought out to a church parking lot, where she was evaluated by EMS,” state police said.