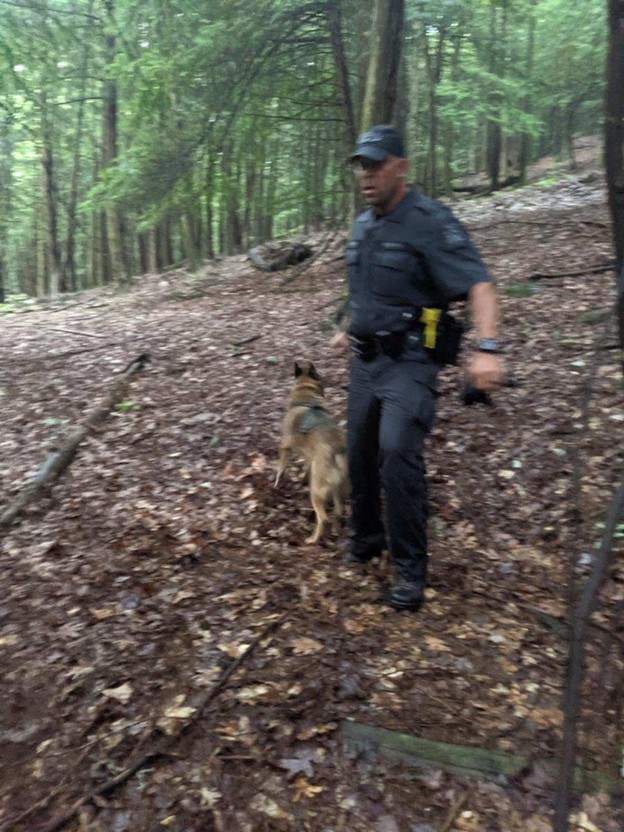 A trooper and his K9 partner are credited with locating a 92-year-old man who was reported missing by his family on Tuesday afternoon.

On July 6, 2021, at approximately 2:44 p.m., troopers responded to a report of a 92-year-old male who was missing.  Troopers from SP Sidney and SP Oneonta responded to the town of Unadilla to search for the man who had left his residence on Sheep Pen Road sometime around 6:30 p.m., on July 5 but did not return home.  Troopers were assisted by Forest Rangers, Sidney EMS, Unadilla Fire Department, and neighbors.

Trooper Darrell Dening and his K9 partner Kin were able to track the man and located him shortly after 4:00 p.m.  The gentleman was located approximately a mile and a half away from his residence but had not been able to make it back after falling down a hill.

He was evaluated by EMS personnel on scene then transported by Sidney EMS to A.O. Fox for further treatment.