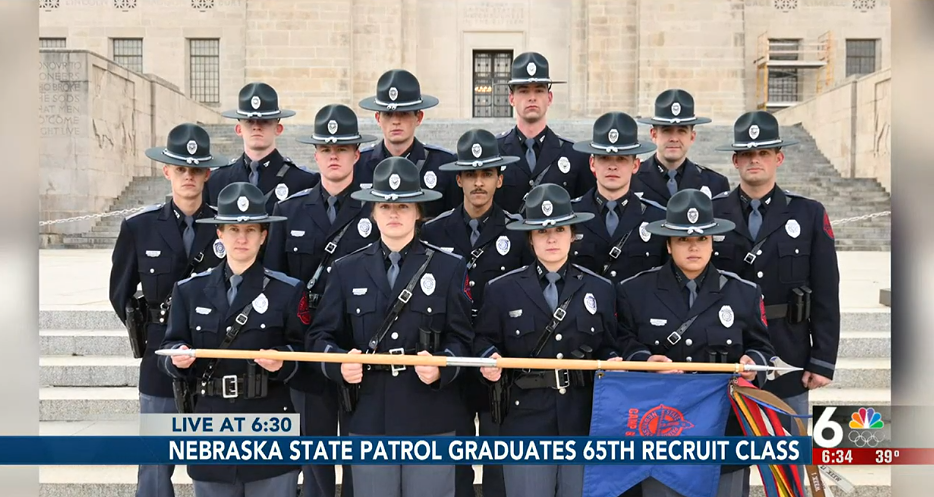 OMAHA, Neb. (WOWT) - The Nebraska State Patrol announced Friday that 13 troopers received their badge of office and will begin service.

Officials report NSP Camp 65, featuring four women and nine men, has completed 22 weeks of intense training. They received their badges Friday and will begin their careers serving in various areas of Nebraska:

“Every graduation marks a milestone, not only for our new troopers, but for our entire agency,” said Colonel John Bolduc, Superintendent of the Nebraska State Patrol. “These new troopers join a proud history of dedication to public service that is on display every day across Nebraska. They are well trained and eager to serve. We are proud to have them join our team.”

The Nebraska State Patrol posted a video on their Facebook page of NSP Camp 65′s graduation.

Gov. Pete Ricketts had the opportunity to speak at the graduation ceremony Friday, he said, “I can’t think of a more noble calling than serving the people of Nebraska, this great state. You are joining the premiere law enforcement organization in the state of Nebraska and you have just attended an academy that is one of the most rigorous in the nation, and you’ve succeeded. You should be very proud of those accomplishments.”