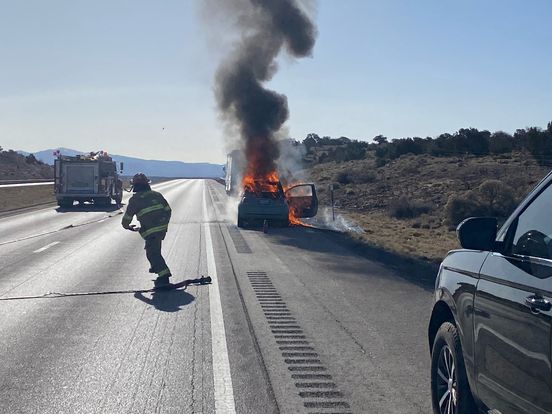 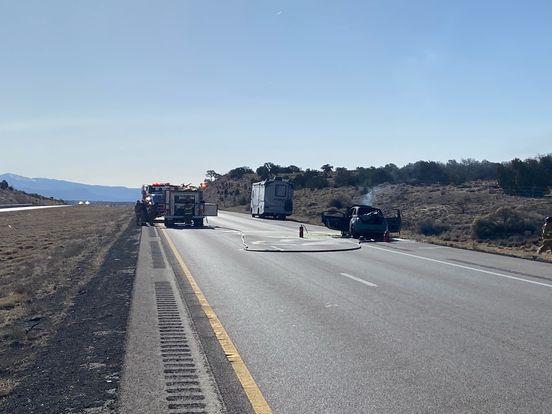 New Mexico State Police officers and a New Mexico Department of Transportation worker helped save a grandmother, her two grandchildren and their RV from a fire that sparked in a car they were towing on Friday morning.

According to New Mexico State Police, an officer was traveling on I-40 eastbound near Prewitt when they came across a vehicle fire and called for assistance.

While officers were waiting for fire crews to arrive, two officers and an NMDOT worker shoveled dirt on the vehicle to keep it down. During that time, the DOT worker was able to disconnect the family's RV from the burning car. Firefighters later arrived and put the fire out.

State police say the grandmother and her grandchildren are OK..