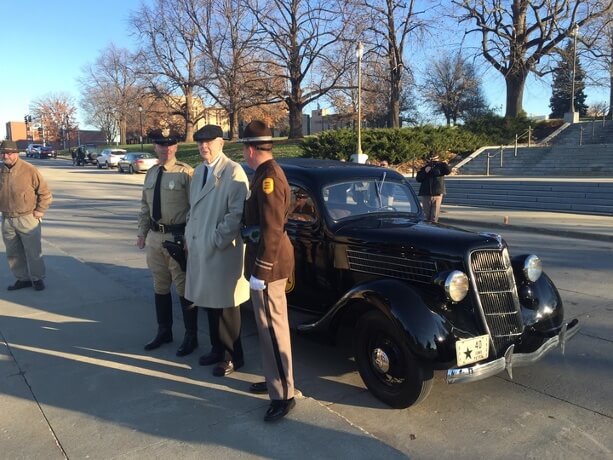 Sgt. Harold Norris (retired), the second oldest living state trooper in Iowa was called back to action Thursday, Dec. 3, 2015. He was on hand to show off the original 1935 Ford Tudor Patrol Car at the rededication ceremony.

The restored patrol car looks exactly like the standard-issue car, and a trooper was dressed in the uniform used in 1935 to match.

Students in the automotive program at Des Moines Central Campus did the remodeling work on the vehicle, and the group Keep Iowa Beautiful partnered with the patrol in rededicating it. 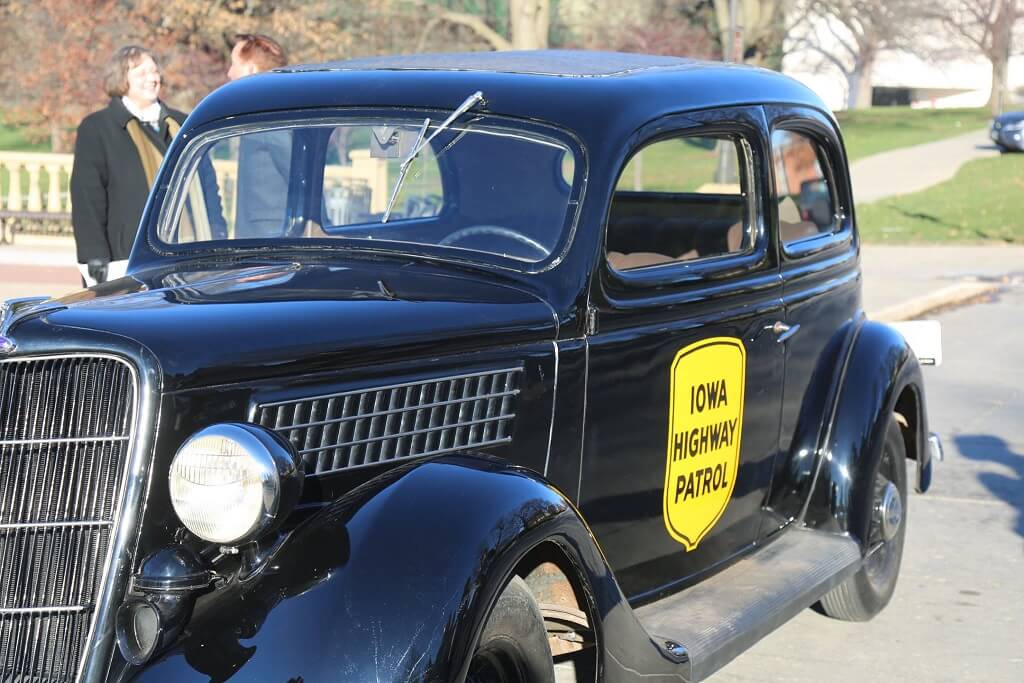 The car will remain on display at the Iowa State Bank for the next 30 days. After that, it will travel the state to be displayed at various car and historical events.Sgt. Harold Norris and the Executive Director of Keep Iowa Beautiful were recognized for their assistance in the project.