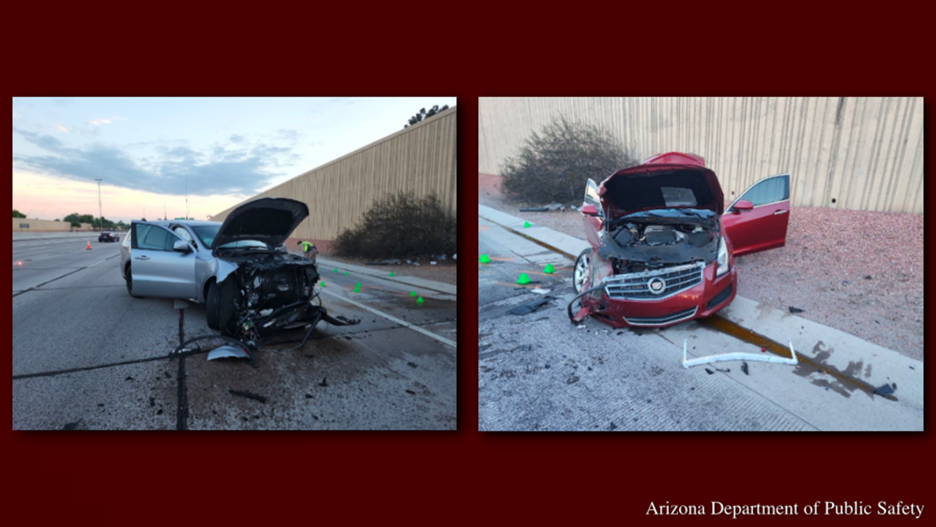 TEMPE, Ariz. - An Arizona Dept. of Public Safety trooper had to ram into a vehicle on Loop 101 early Sunday morning to stop a wrong-way driver, officials said.

The situation began after a vehicle was reported to be traveling eastbound down the westbound lanes of Interstate 10 near Broadway Road in Tempe at around 4 a.m. on Aug. 21.

A trooper then found that a red Cadillac was heading the wrong way down the northbound lanes of Loop 101, between Guadalupe and Baseline roads.

Officials said an undercover trooper crashed into the wrong-way vehicle in order to stop the driver.

Both the driver, identified as 22-year-old Isaias Luis Llanos, and the trooper were hospitalized with minor injuries. The trooper has since been released from the hospital.

According to court documents, Llanos' blood-alcohol level was .093.

Llanos was arrested and booked into jail. He is accused of DUI, aggravated DUI wrong-way driving, DUI drugs, aggravated assault and endangerment. The investigation is ongoing.