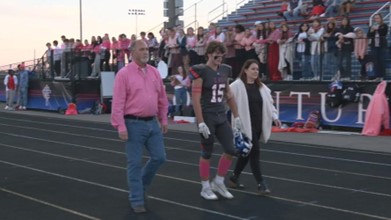 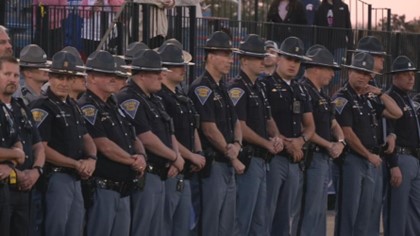 ISP Trooper Scott Patrick was shot and killed in Gary, Indiana after being dispatched on a motorist assist Dec. 22, 2003.

Friday, ISP helped celebrate Isaac’s senior night with his classmates at CAL and to honor his father’s sacrifice and absence.

The family said they are awestruck by how ISP has rallied around their family.

"Just knowing that they've been there for my son means a lot to me," Melissa said. "As a mom, I don't think you could ask for anything more from your husband's coworkers and friends."