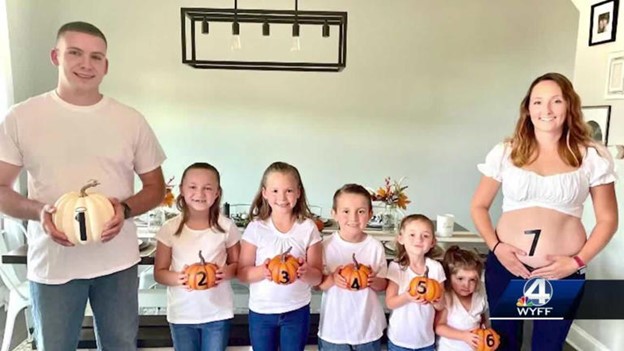 First responder agencies from across the Upstate joined together to honor a South Carolina trooper who was hit by a car during a traffic stop last month.

Kugler has been at Greenville Memorial Hospital since mid-October, after being hit by a car during a traffic stop.

Kugler's recovery continues, but his extended family of first responders wants him to know that he's cared for.

"It's really, really great to see our local communities step in and really do something together," said Sgt. Joel Hovis.

Stylialos Katsamperis, an owner of Big Clock in Berea, is paying it forward, donating 5% of his restaurant's sales to Kugler's family through the end of November.

"I knew him personally," Katsamperis said. "He's a great guy, and also I always want to help as much as we can and show our support for this community."

That support is helping his wife Mandie, who is expecting their sixth child, to get through this tough time.

"The community and your selfless contributions have left to let us navigate through this stressful scenario with the most amount of peace I have ever felt," she said. In addition, she shared that he started rehabilitation Tuesday after seven surgeries; a positive step forward in his long road to recovery.