‘Shop with a Trooper’ event held in Ohio Co. in honor of late KSP Trooper 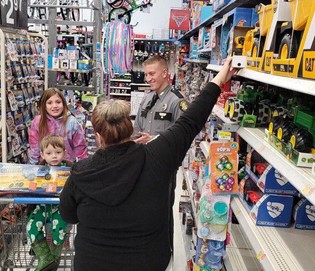 Troopers say the program helps children in need during the Christmas season, and Trooper Critchelow was instrumental in its success for decades.

Each child was given around $100 to spend.