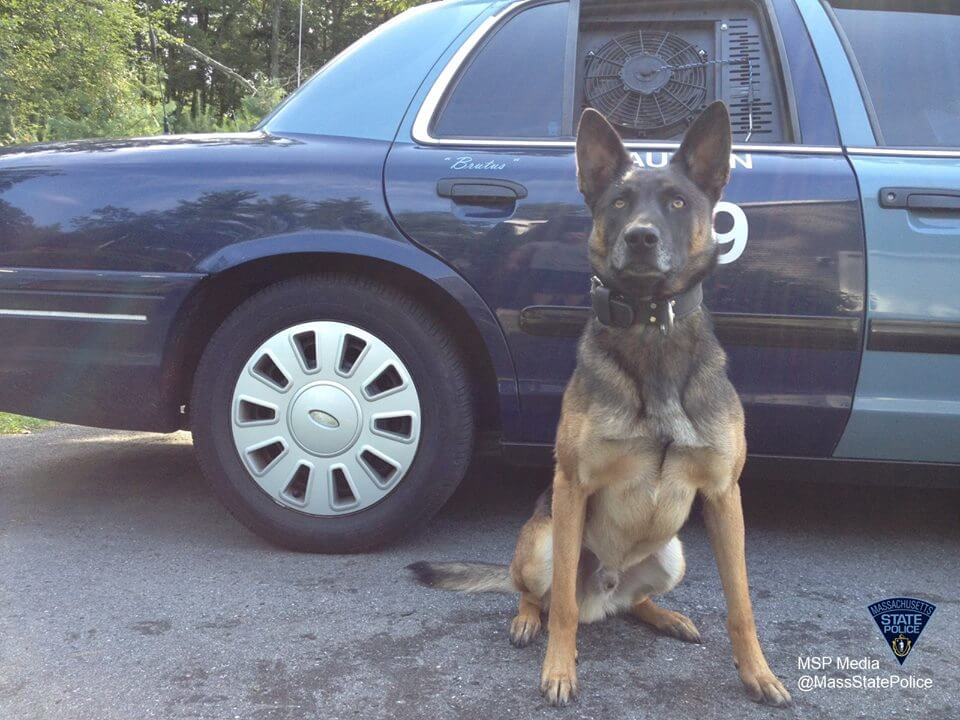 State police said a trooper deployed his dog on a search of a vehicle Monday in Northampton. K-9 Brutus searched an Acura and alerted troopers to several locations within the car, where eventually 250 bags of heroin and a bag of cocaine were found. The vehicle had previously been pulled over by State Trooper Robert Wyckoff before Brutus and his handler Trooper Matthew Donah were called in to help. The official Massachusetts State Police website reports that the state’s 38 K-9 police dog units assist in the average annual search and seizure of about 40 kilos of cocaine, 11 kilos of heroin and 3,000 pounds of marijuana.