California Highway Patrol Officer and Good Samaritan Save a Man.

A California Highway Patrol officer was caught on video pulling a man from the edge of a bridge. A terrifying scene on a 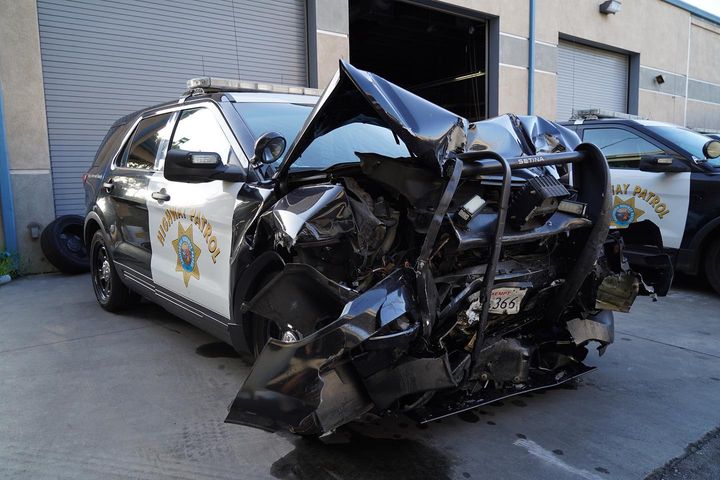 highway overpass above a busy street in north Fresno. The chilling moment captured on a driver’s cell phone video: a man walking right on the edge of the bridge, posing a danger to himself and the drivers below. Then, CHP motorcycle officer Christopher Swanberg arrived on scene. “It looked like he might fall over. I was very concerned he was just going to fall over because he was so unbalanced,” said officer Swanberg. Utilizing his training, Swanberg talks to the man as he tries to get closer. Then, standing on the edge, or k-rail, the man slips and officer Swanberg moved in for the rescue. “I don’t think I had time to think about it. I just reacted to it,” said Swanberg. Officer Swanberg struggles with the man who makes a break for the edge of the overpass. Swanberg said: “there was maybe a couple seconds while we were on the k-rail where I was actually looking over the side, where it was pretty nerve racking.” That’s when Daniel Martinez and his friend George pulled over in their work truck. “We were driving, and I had seen he was wrestling with this guy, kind of wrestling with him, so I slowed down,” said Martinez. “I remember looking back and both the driver and the passenger had this look of, ‘can I help?’ I was like ‘yeah, come help me,’” said Swanberg. With the help of the men in orange jumpsuits, the man was taken into custody. Martinez says the only reason they were able to help is because he missed an exit. “I would’ve passed all that up. So I just think we were there at the right time. I think it was supposed to happen,” said Martinez. Thankful for the help, this CHP officer says answering a call like this was a first. Swanberg said: “we’ve had pedestrians on the freeway many times here in Fresno, but I’ve never had one where I had to grab and go to the k-rail with and look over the side.”