Wisconsin State Patrol Trooper Justin Hansen recently returned to the job he loves."It feels great to be back on the road, 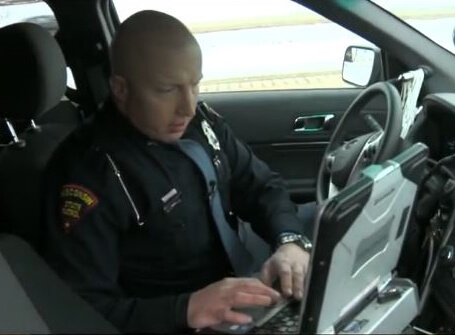 it's been a very long and trying journey," said Hansen.After losing part of his leg two years ago when he was hit by a vehicle while working. "All the work I put in to become a trooper was nothing compared to the work I've had to do to get back doing what I love," Hansen explained. In January 2014, he was responding to a crash when he was getting traffic cones from the back of his car when he was hit and pinned between the two vehicles. "When I think back to that day, I just think about how that day forever changed how I live myself," Hansen said.As a result, part of his right leg was amputated, and his left leg had several fractures. "The hardest thing about it was learning how to walk on the right prosthetic limb with a left broken leg," said Hansen. "It was very hard to deal with both injuries at the same time." Hansen said one reason it was important to get back to work was to show his kids you can overcome adversity and challenges that are thrown your way."When they have challenges in life that they can look at me as an example how to overcome diversity, and problems," said Hansen. He explained since being back on the road, his injuries haven't slowed him down. "A lot of times when I've come into stuff on duty, or off duty, and I need to react quickly I almost forget I have the prosthetic leg and I just proceed normally," Hansen said. He added although the road to recovery wasn't always been easy, it has been worth it. "This is what I love to do, it's the career I enjoy, I have great passion about," said Hansen.