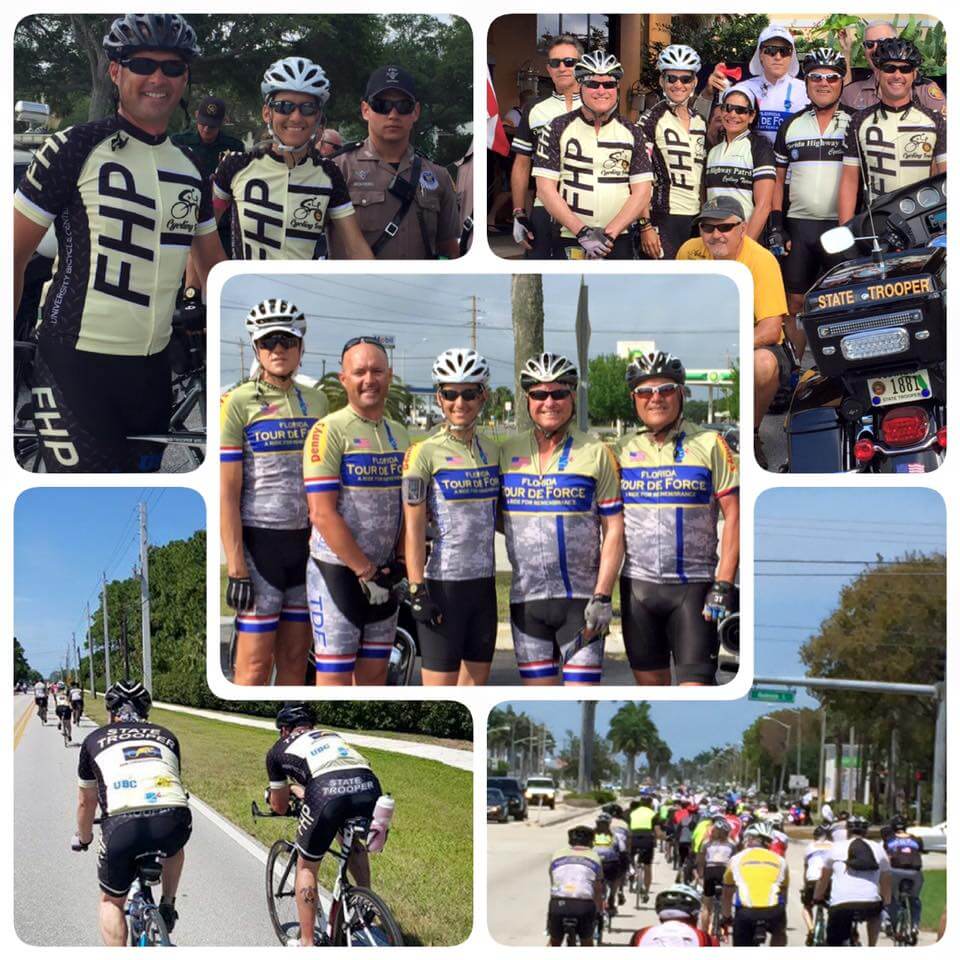 Here are members of the Florida Highway Patrol as part of a cycling team for the Florida Tour De Force. The Florida Tour De Force ride is a 270 mile charity bicycle ride from North Miami Beach Police Department to Daytona Beach Shores Public Safety Department. The ride is done to honor and raise money for Florida’s Law Enforcement Fallen Heroes. The ride is organized and manned by devoted volunteers and every single dollar raised is donated to the families of our fallen heroes. This ride started after the line of duty death involving Trooper Smith in Miami in 1997. The FHP Cycling Team and their family have been a part of Florida Tour De Force ‪#‎FLTDF since it began. Over the years they have logged in over 5000 miles honoring our fallen heroes and their families. The Tour De Force will start its 19th year on April 11th.