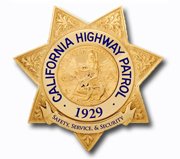 It shouldn't take an officer down for communities to realize cops are only human. But when a hit-and-run driver reportedly reversed on Interstate 80 Thursday, running over a motorcycle officer other drivers risked their own lives to stay by his side. "All I could think of was that, to hold his hand and talk to him ... so somehow he would know people cared," Mike Vavak told FOX40. And that is all the injured officer's family could hope for. Vavak said he was knelt down in the fast lane, next to a woman who prayed over that officer's body. He says he was taking slow, labored breaths, but couldn't squeeze his hand. "The amount of emotion that was going for this officer that was down was really touching. Everyone was really shaken up by it,” Vavak said. But those he says he saw taking it the hardest, were the other men and women in uniform who arrived later. Those like CHP officer Jenna Berry who told FOX40 the officer likely stopped to help the driver of that truck who was stopped near the center divider. “We stop to check it the vehicle is out of gas or if something is not wrong, as when he pulled up that vehicle intentionally ran him over,” Berry said. Witnesses told CHP the driver backed into the officer on purpose, then yelled at him before fleeing. That driver left the scene on I-80 near Elkhorn Boulevard, stole a commercial pickup truck near Northgate Boulevard, and led police on a chase to Fairfield where he was eventually arrested. "We investigate the best we can, and pray for a full recovery,” Berry said. CHP has confirmed that the officer is in stable condition. The suspect's identity, however, has not been released. What we do know, that the compassion in Sacramento today overshadowed the cowardice of this act. "How heartless can you be to just do that to someone?” Vavak asked.