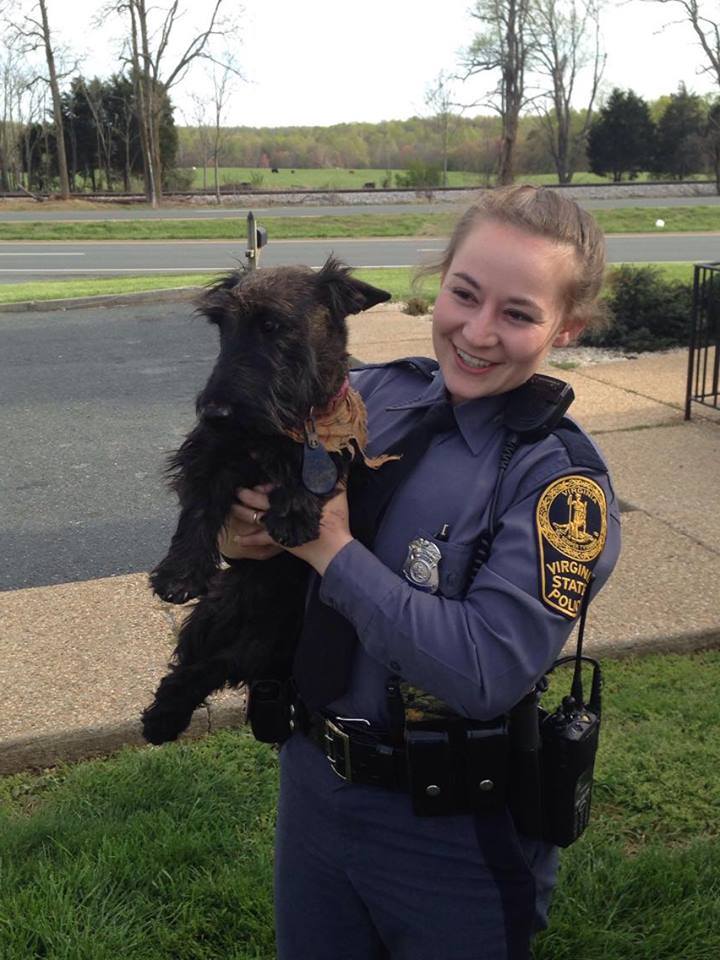 A Virginia State Police trooper made a rescue over the weekend when she found two dogs in Appomattox County. It was shared on the Virginia State Police Facebook page. The post reads: “VSP has gone to the dogs…as we have another K9 rescue to share! Over the weekend, Trooper R.S. Mann was on patrol when she saw two dogs alongside Route 460 in Appomattox County. She immediately stopped and found one canine was injured and the other – the one she’s holding – was not injured. The two dogs were together because the uninjured pup refused to leave the injured dog’s side. Trooper Mann found medical help for the injured K9 and a shelter for the uninjured dog.” The post has been seen by thousands of people since it was posted Sunday night.